The first step in letter awareness is learning to identify letters from the variety of other characters that typically appear on a page, including numbers, symbols and punctuation. This skill requires strong visual discrimination skills, since many letters look alike and many letters resemble other symbols such as $, &, and @. Children must also learn that letters can be written in either upper case or lower case and in a variety of fonts. The following worksheets will help your child practice identifying letters in many different styles from a variety of other non-letter characters. 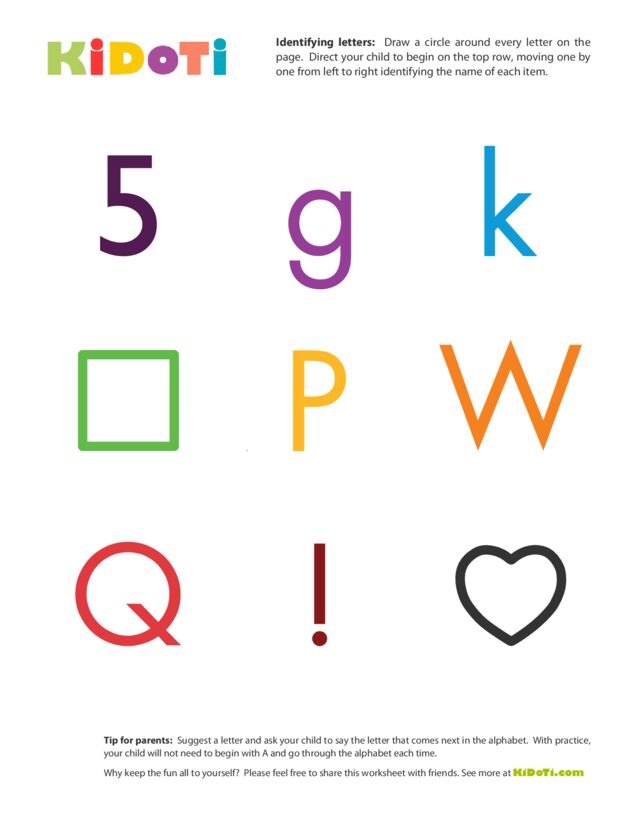 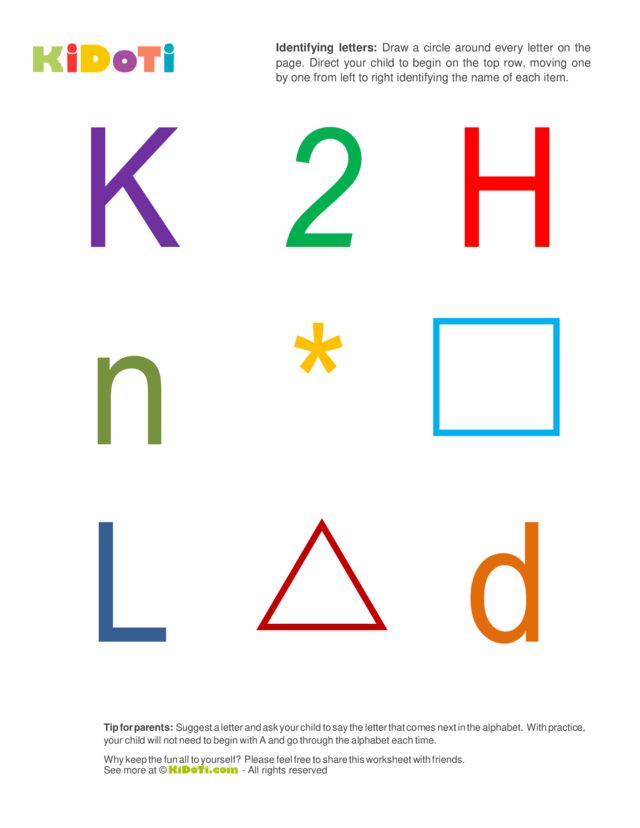 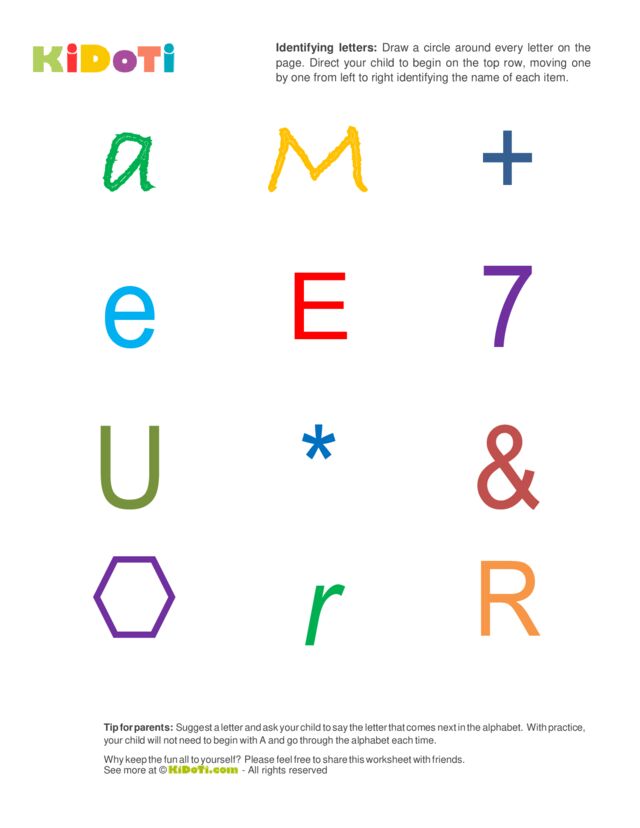 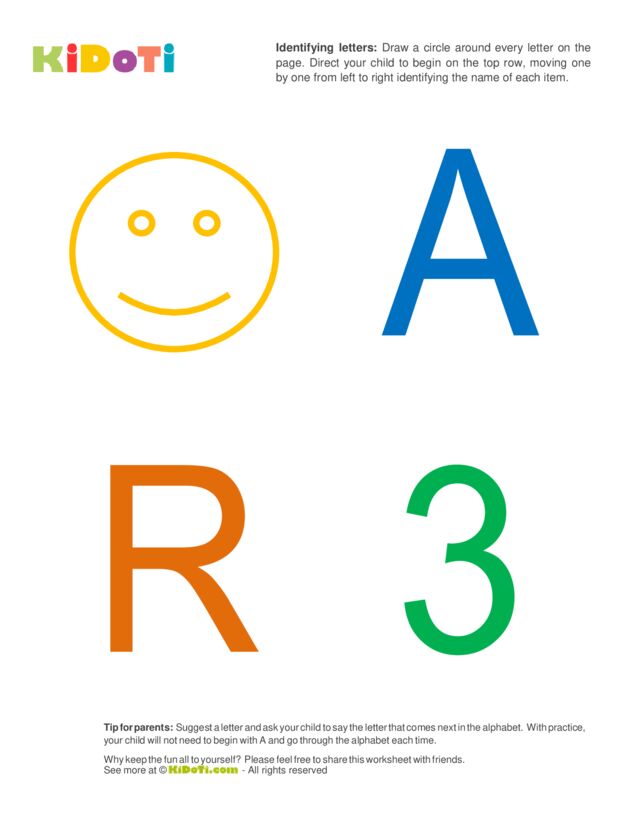 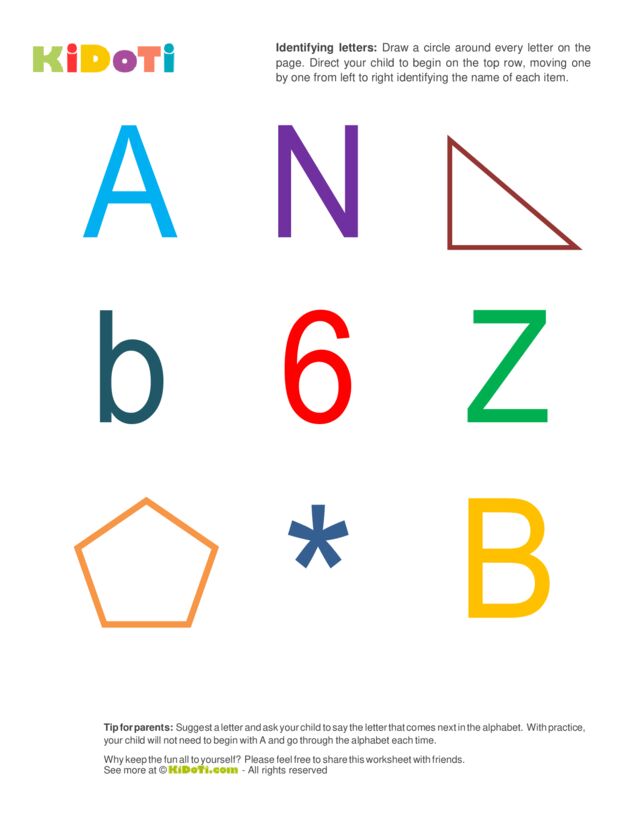 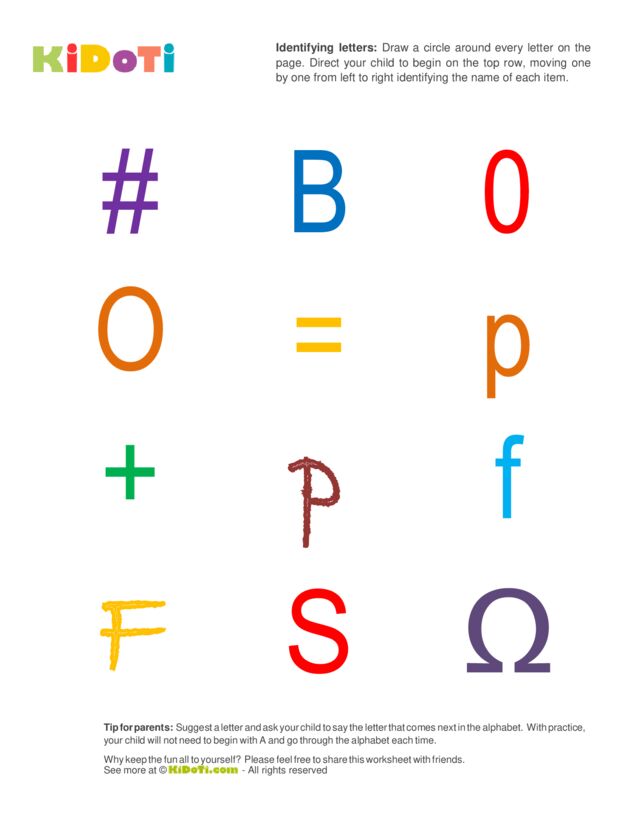 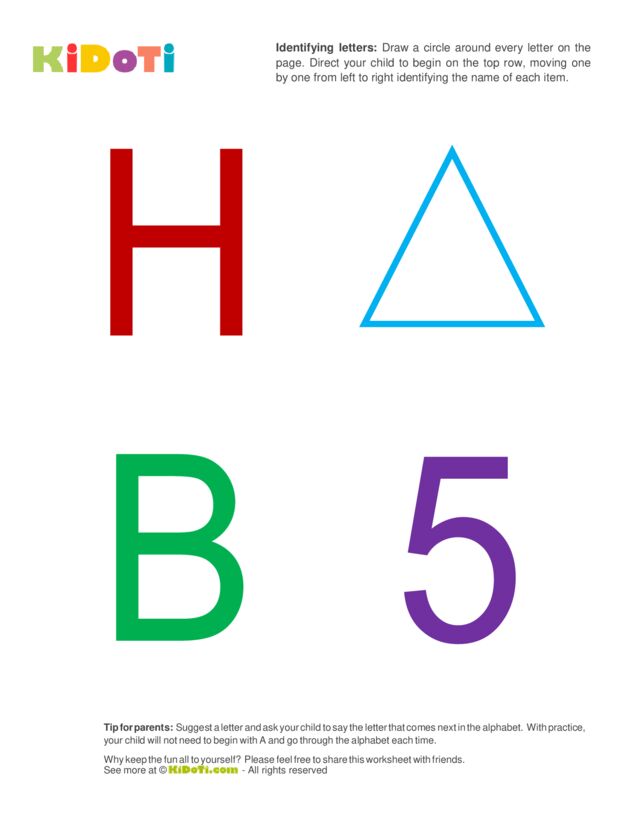 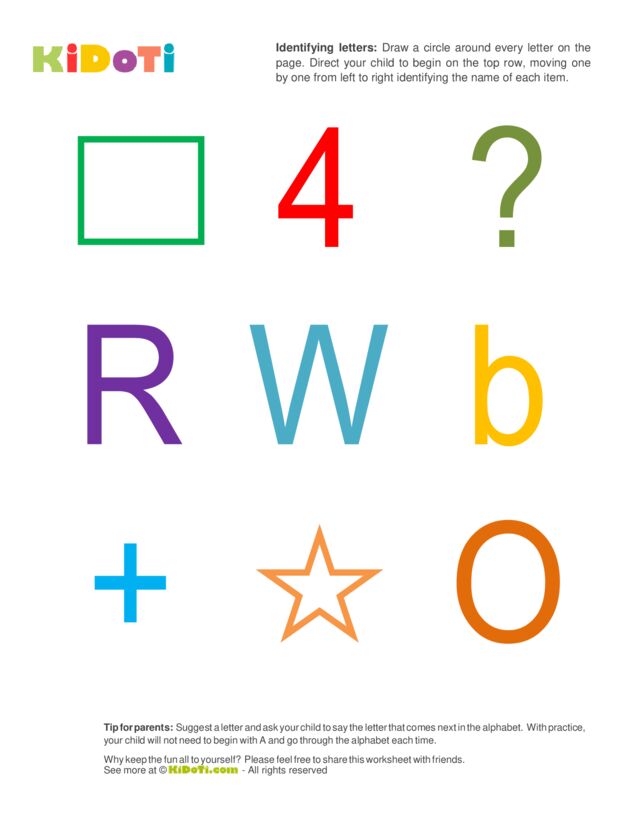 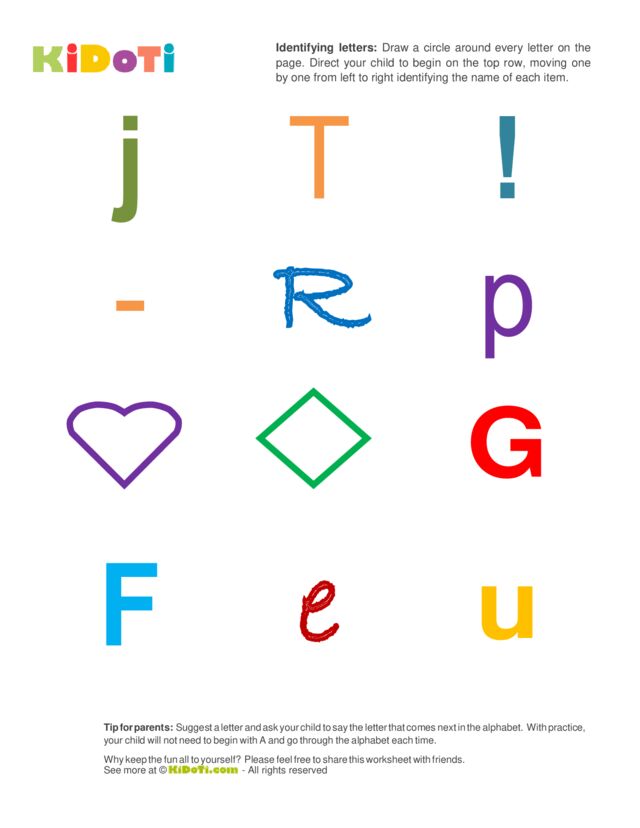 Learning to identify letters is important

When a young child first sees letters on a sign or in a book, these are simply random configurations of lines and curves. He must learn to differentiate symbols and shapes from a variety of styles of letters that he will see. This learning is accomplished through practice and exposure to letters and is an important first step when learning to read.

The three beginning level worksheets can help you assess your child’s knowledge of letters. Let him know that only one figure on each line is a letter. Ask him to point to each letter that he sees. As he points to a letter, ask him to name it or name it for him if he is not yet able to to do that. If he incorrectly points to a shape or number, tell him the name of the shape or number and ask him to try again to find a letter.

The intermediate level worksheets are more challenging, with the addition of punctuation marks and lowercase letters. Direct your child to move his pointer finger slowly across each line, from the left side of the page to the right, stopping at each letter, symbol or mark. Again, ask your child to name the letters as he points to them. If this level is somewhat difficult for your child, you may tell him to first find symbols or marks that do not look like letters and cross those out. Clues such as “a triangle and a square are not letters” can be helpful. If your child needs a lot of direction with this page, point out the letters for him and then come back to this worksheet at a later time.

Children who can name the letters of the alphabet are ready to tackle the advanced identifying letters worksheets. These can be challenging because the letters are also shown in a stylized font. Suggest that your child move his finger slowly across each row as he decides which marks are letters. It may be easier for him to identify the letters if he first crosses out any symbol that he knows is not a letter. Then, he can return to the top of the worksheet and carefully look at the symbols that were not crossed out. If the stylized letters are too challenging for your child, try identifying them by name (lowercase e or uppercase R, for example) and then ask him to find that letter on the page.