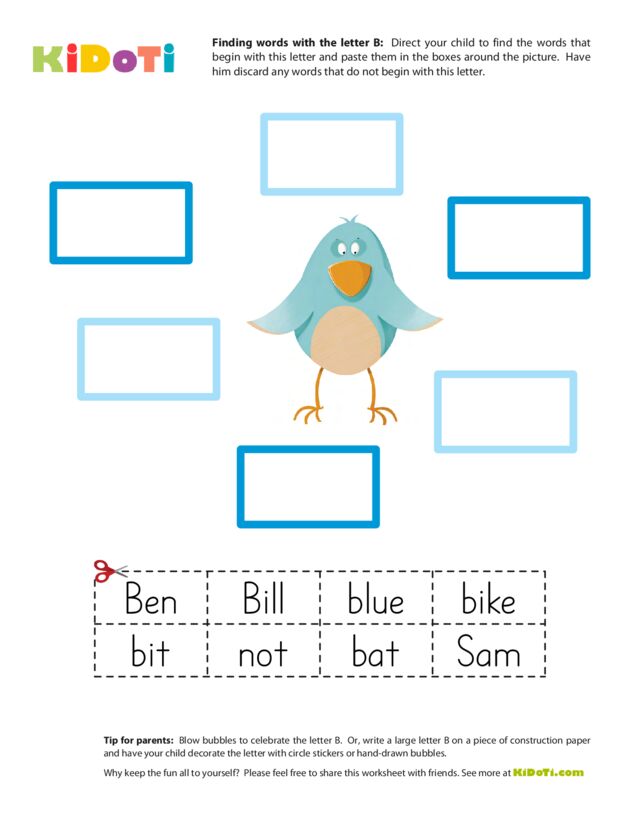 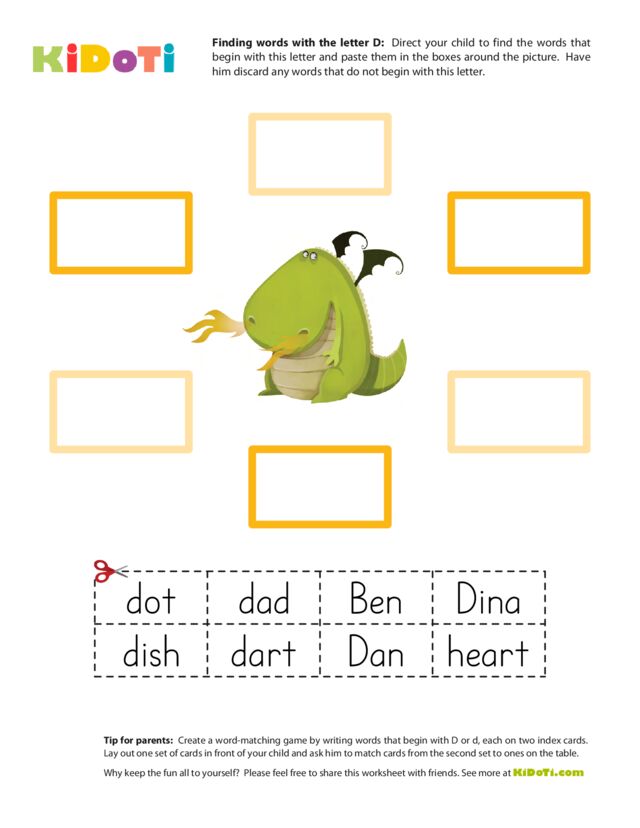 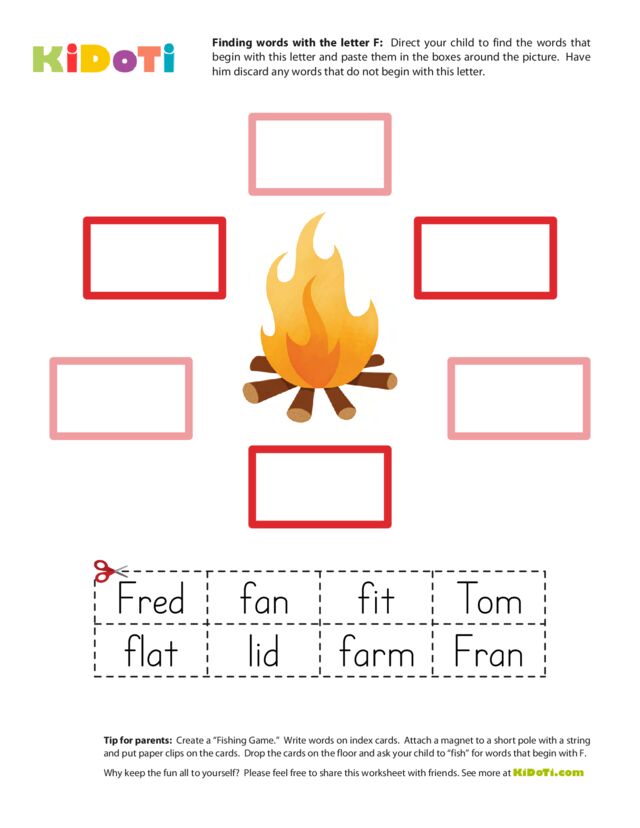 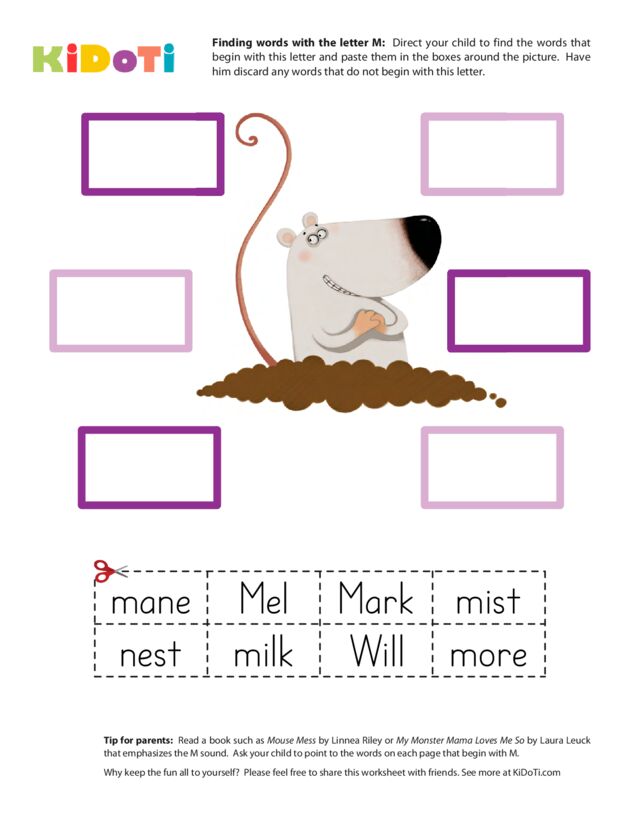 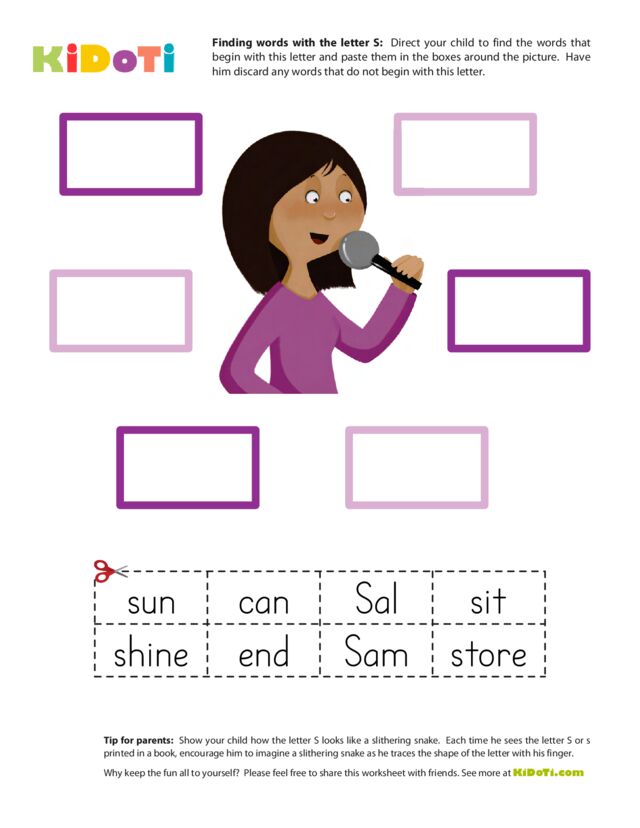 The importance of letter recognition

The first step of letter recognition is being able to identify each letter when it is printed individually. Once your child is comfortable identifying both the uppercase and lowercase versions of a letter, he can progress to the more challenging task of identifying letters when printed in words.

The goal of the above letter recognition worksheets is for your child to become accustomed to recognizing letters when they are printed as part of a longer word. It is easiest for children to complete letter recognition activities when the featured letter is the first letter of the word, so these worksheets focus on that basic activity.

Before cutting apart the rectangles at the bottom of the page, ask your child to move his finger across each row, stopping to point to and name the featured letter each time he recognizes it, which may be once, twice, or zero times in each word. You can also read the word aloud for your child, although the focus of these worksheets is letter recognition, not matching the featured letter to the sound it makes or reading entire words.

If your child is able to cut along the dashed lines and cut out the rectangles without cutting the words, you can encourage him to do that. But since this is not a cutting exercise, and the words within each rectangle are important, it may be easiest for a parent to cut the words apart.

After your child has reviewing all eight words and placed the correct words in the colored rectangles, he can paste down the words to create a finished worksheet.