For children to be able to understand and communicate positions, a knowledge of ordinal numbers is important. The first ten ordinal numbers (first, second, third, fourth, fifth, sixth, seventh, eighth, ninth and tenth) are the most commonly used and the first ordinal numbers children learn. When ordering positions beyond tenth, children only need to add the letters “th” to the end of the number to create the ordinal number. 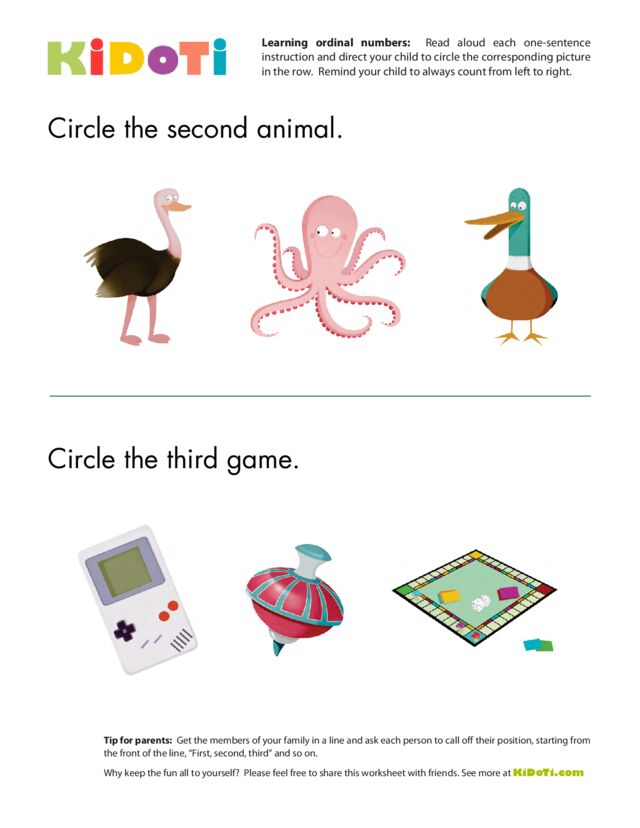 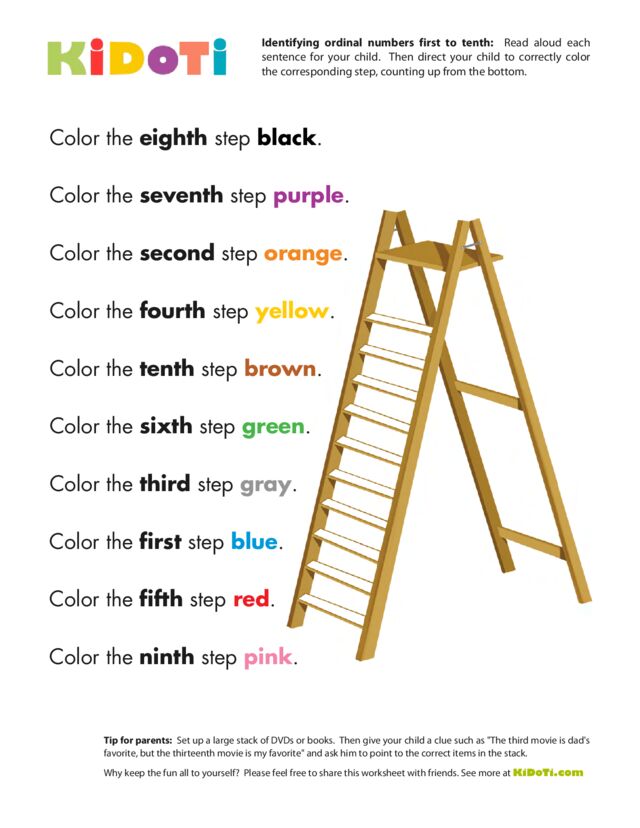 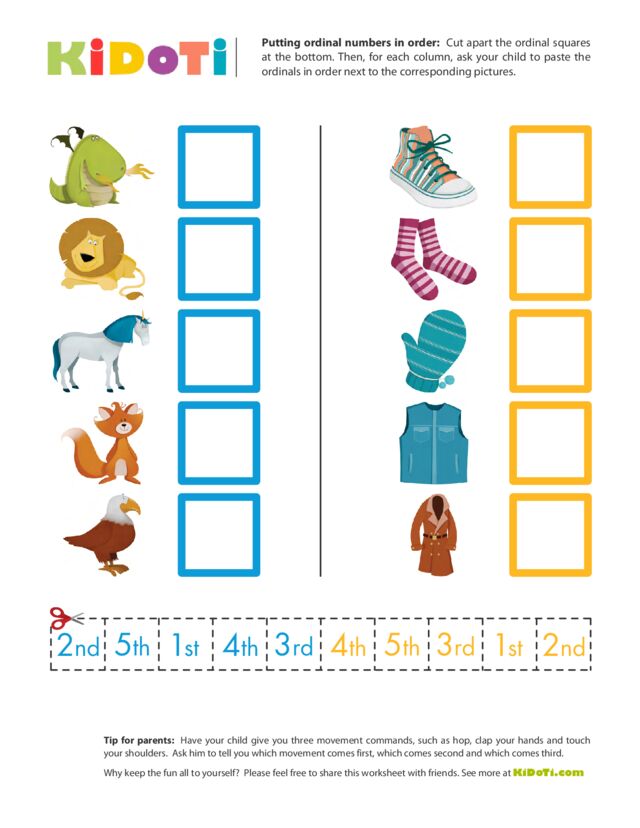 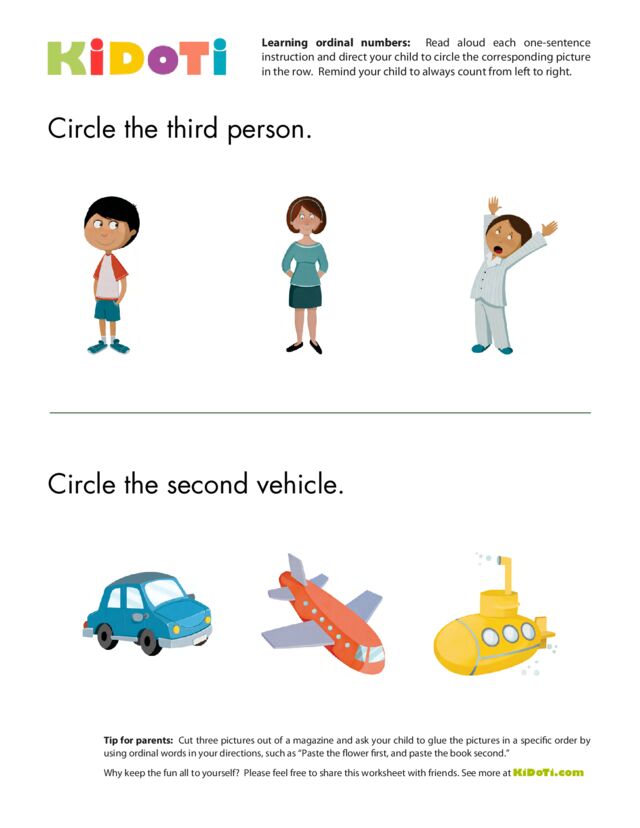 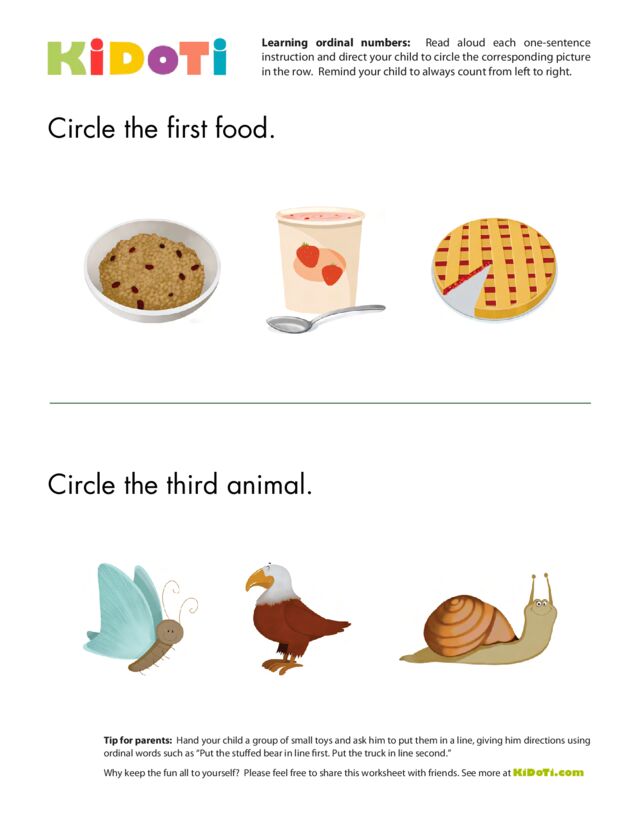 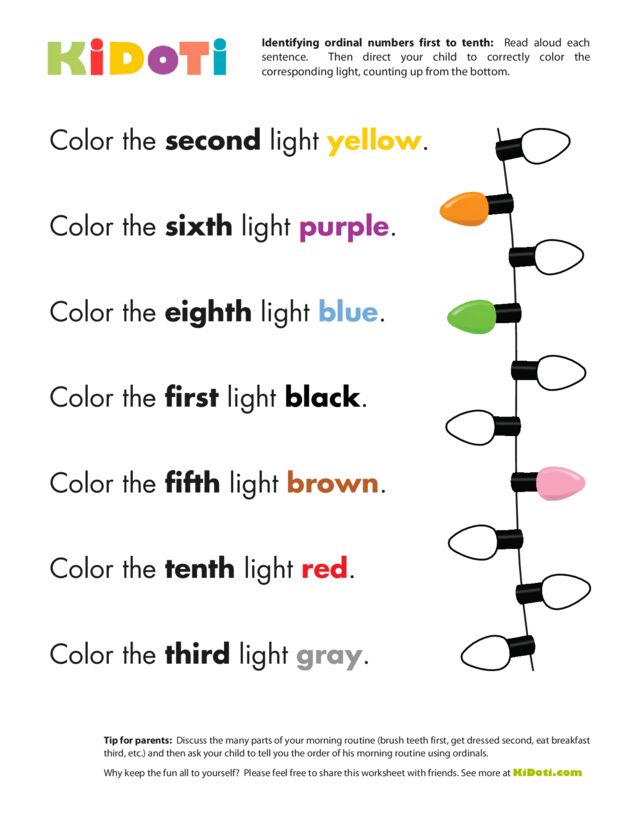 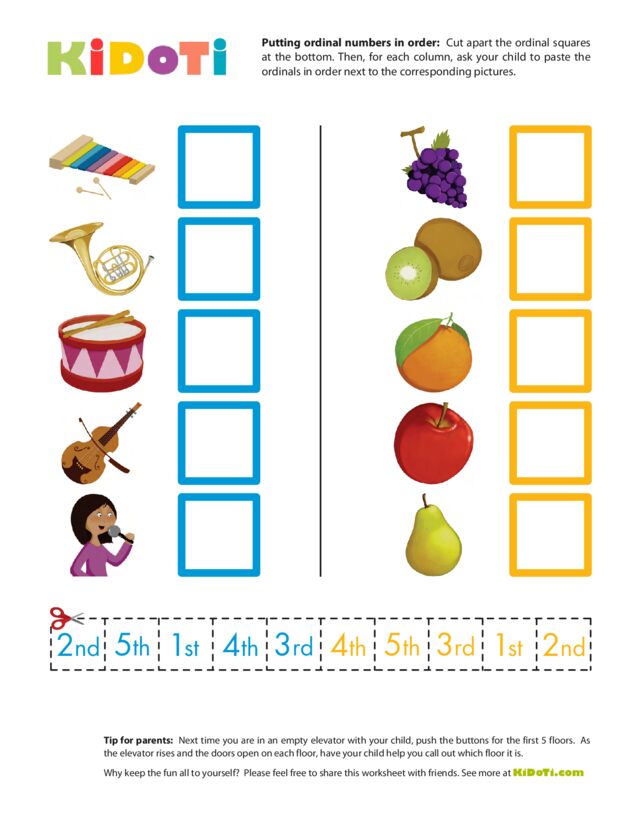 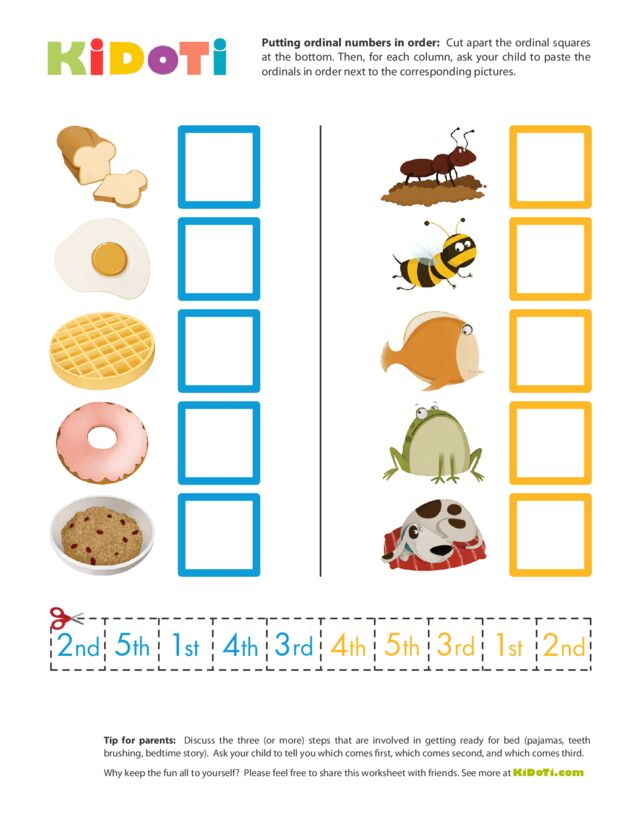 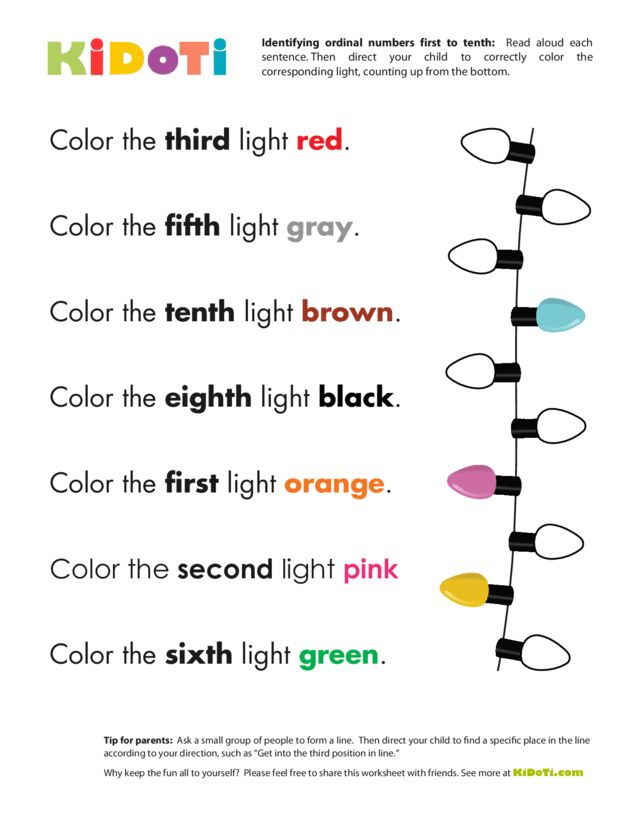 Why ordinal numbers are important

Ordinal numbers are the words that tell us the order or position of things. Knowing these helps children communicate effectively and with less effort. It is much easier, for example, to identify someone in line as the fourth person, rather than having to explain specific details about that person (such as hair color or clothing) to identify the person.

In the beginning level worksheets, focus on the three most commonly used (but most difficult to learn) ordinal numbers: first, second, and third. These ordinal numbers are difficult to learn because the word does not sound like the number it represents (unlike the ordinal tenth, for example, which follow the familiar pattern of adding the letters “th” to the end of the number’s name.

To help your child understand that these words indicate a numbered position, ask your child to first count using number words (“one, two, three”) as he points to each picture in the row. Next ask him to point and count again, this time using the ordinal numbers as he counts.

To help your child focus, you may want to fold the paper along the middle line to separate the blue side and the yellow side. Then ask your child to point to the bottom picture next to the blue boxes and count using ordinal numbers while he moves his finger up the line. Now he is ready to find the matching ordinal number and place that square in the empty box next to the picture. When all the squares are correctly placed in the blue boxes, your child may paste them on the paper. Then repeat the process with the yellow side of the page.

Activities to try at home to supplement the ordinal numbers worksheets