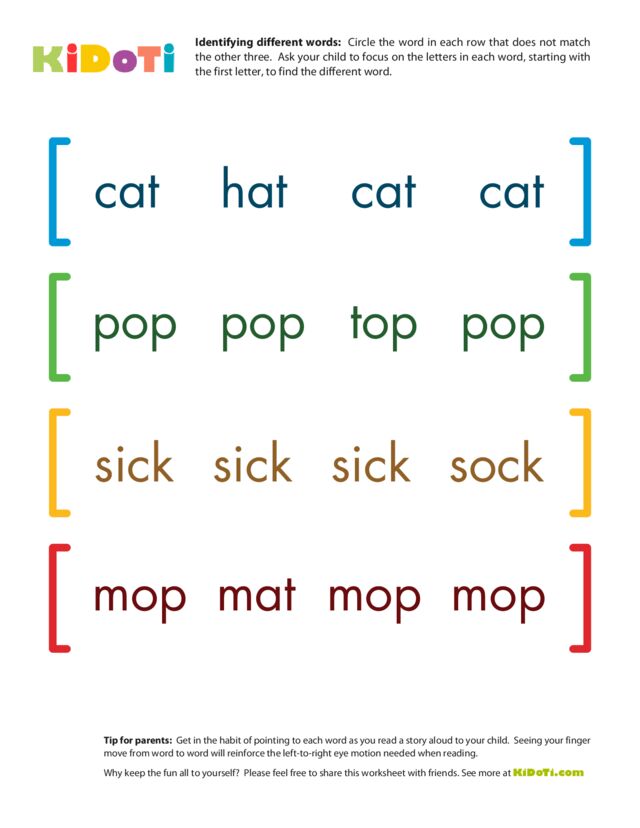 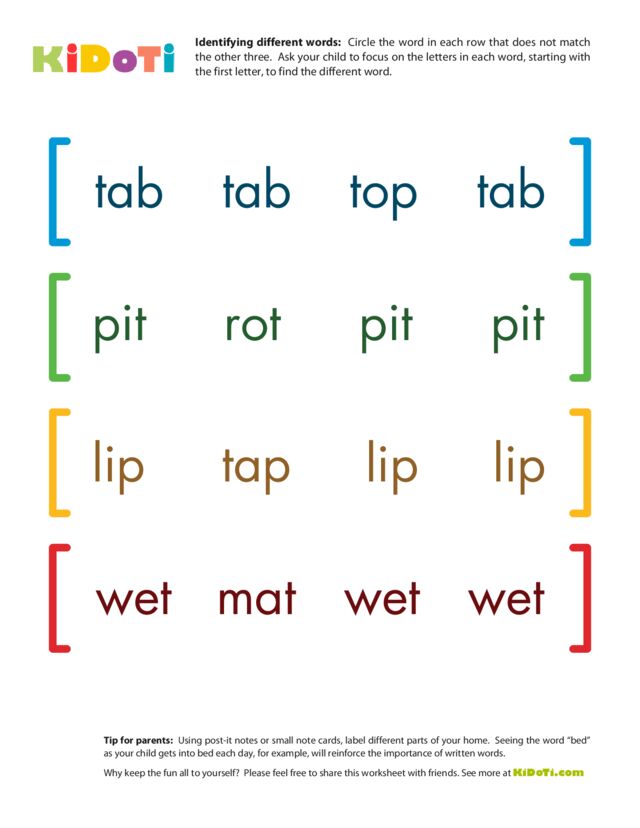 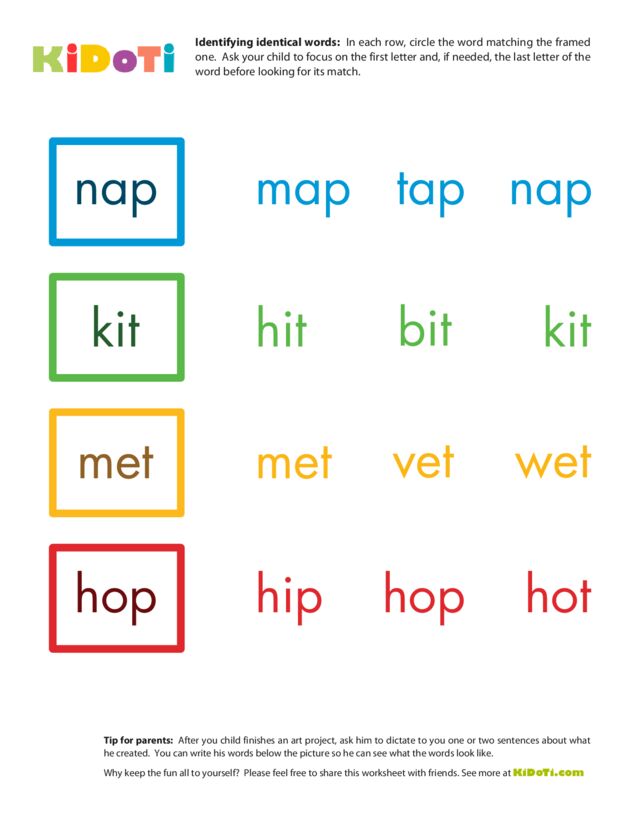 To hone these keen observation skills, children can practice looking at a series of words on a line and recognizing which words are the same and which words are different.

Some children have an easier time finding the word that is different from the other three in the line. Others seem to find it less challenging to look at the first word in a box at the start of the line and then look at each word until they finds the one that matches. Both of these worksheets present advanced challenges for children.

If you find that your child is a bit overwhelmed by the number of words on the page, simply fold the paper to reveal one line at a time. Then tell your child that every letter of the word must be the same for the words to match.

The worksheets that have three matching words and one different word require children to slowly scan the entire line of words. When your child sees two words that match, tell him to look for a third matching word. When he finds the word that does not match the others, he can circle it. Slowly scanning the line with his finger and his eyes will help your child spot two words, side by side, that are identical. Then it will be easier to spot the third word that belongs and find the fourth word that is different.

If your child is beginning to associate letters and sounds, you can provide an added exercise for him by pointing out words have the “consonant-vowel-consonant” configuration. Sit, bag, cup, and jet are examples of these words that are found on the worksheets. These short words are appropriate for very early readers to tackle. If your child is ready for a challenge, he might try sounding out these words, saying each letter’s sound aloud as he moves his finger under the word. This exercise also promotes careful observation of the letters in each word.

As your child reads some of these words, point out how changing one letter in the word creates a new word. For instance, jet becomes a very different word by changing the first letter j to an m to create met.