Digraphs is a phonics term that refers to two or more letters that make a single sound. As children learn to read, they must learn to recognize common digraphs (although they do not need to be familiar with the actual term “digraph”) so they can quickly apply the correct sound to the group of letters and not perpetually attempt to sound the letters out. The following worksheets are designed to introduce children to common digraphs. The beginning set of worksheets features the three most common digraphs children will encounter when reading, and the intermediate and advanced sets of worksheets (to be added soon) will feature some of the most complex digraphs children will encounter. 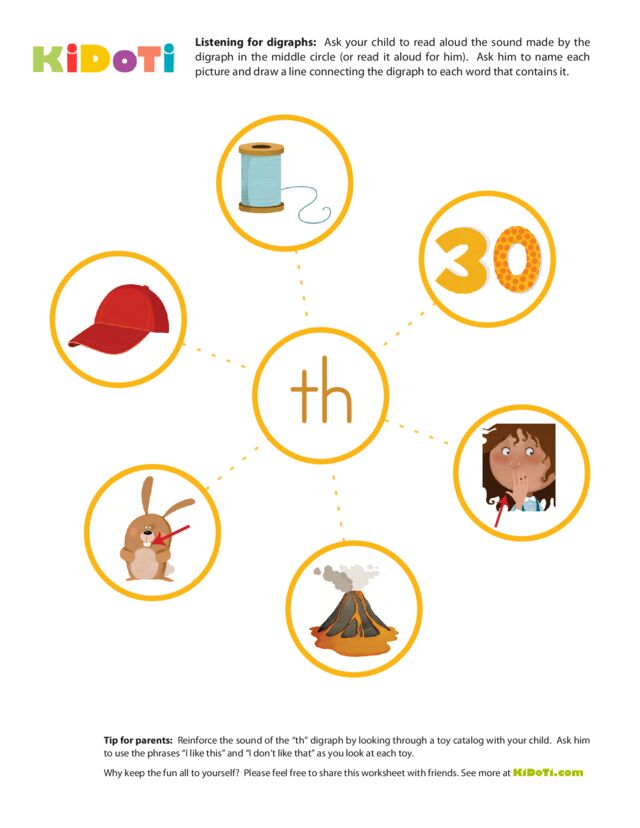 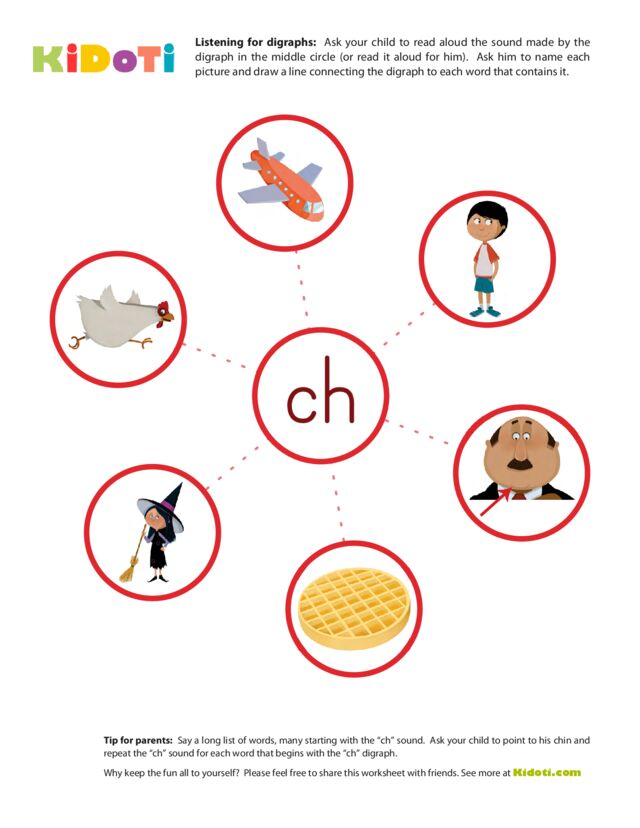 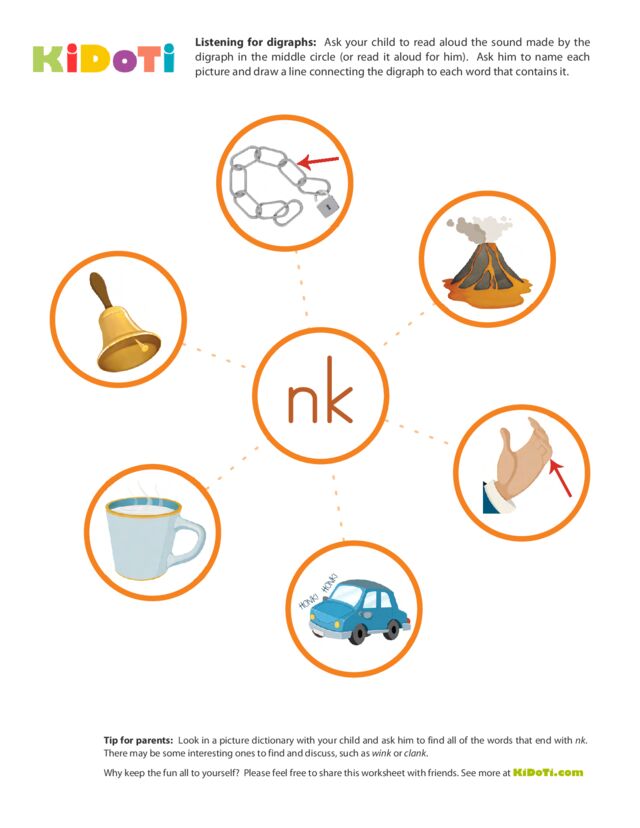 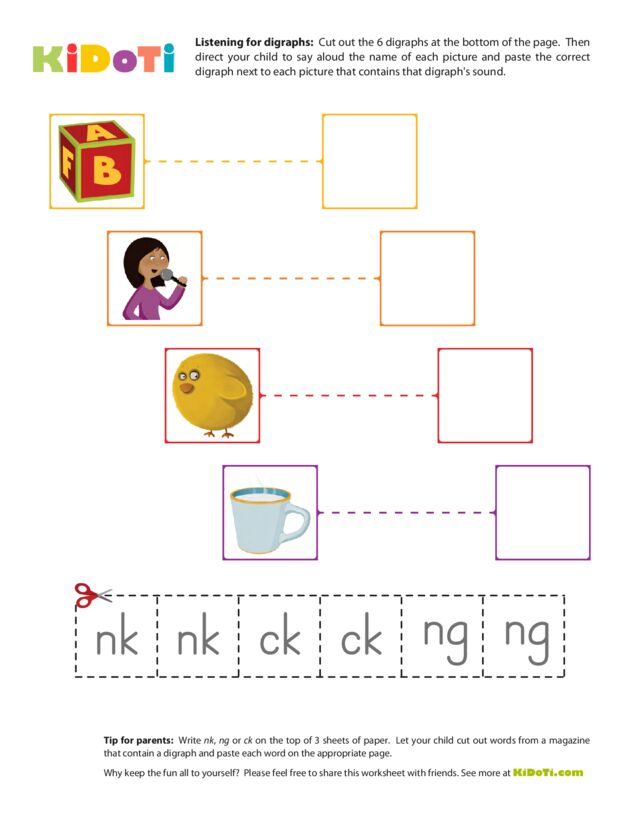 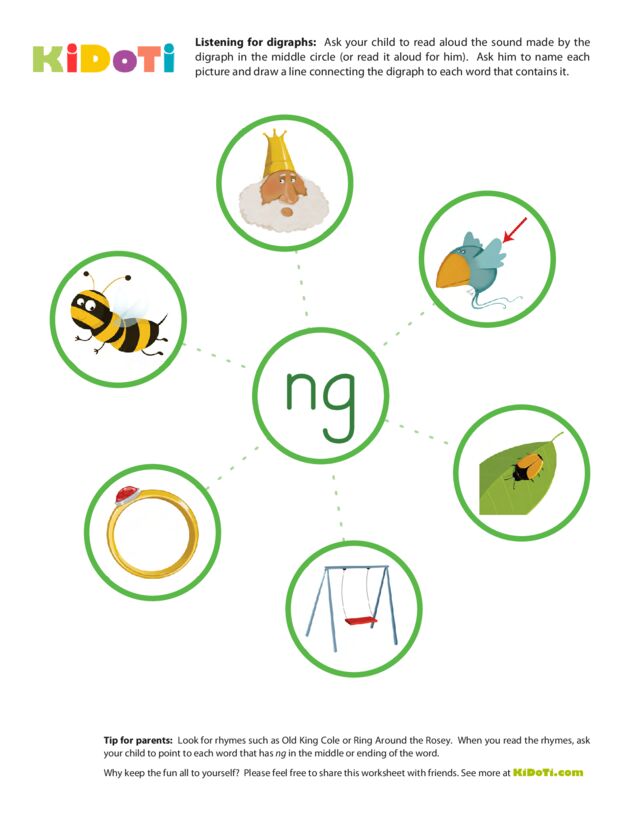 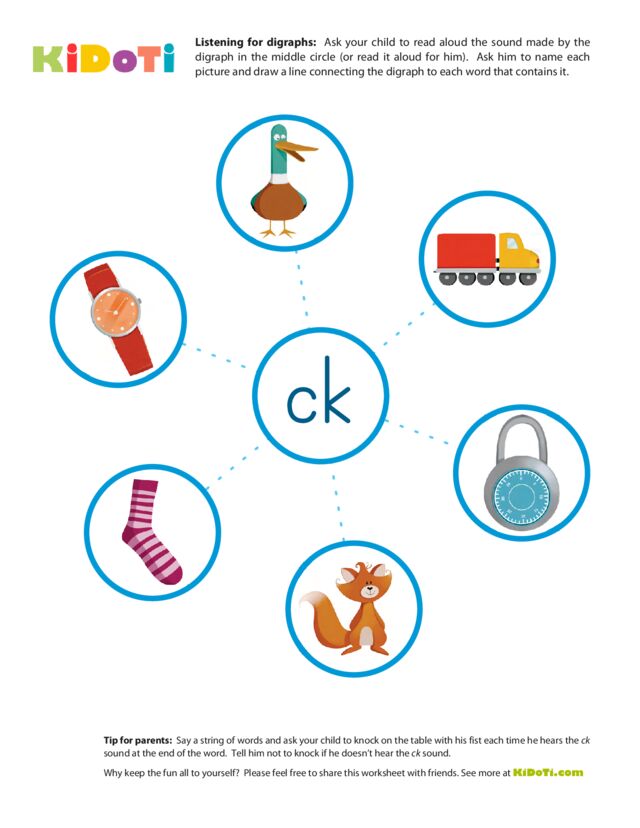 What is a digraph?

A digraph is a pair of letters that makes one sound. Consonant digraphs are just what their name implies – two consonants that make one sound. Often seen consonant digraphs include sh, ch, th, wh, kn, ck, nk, ng, and mb. As children encounter more advanced vocabulary in their reading material, it is helpful to know these digraphs. Some, such as ck, can be sounded out correctly. But others involve an entirely new sound (such as sh) and still others contain a silent letter (kn). So learning to spot these digraphs and know their sounds can enhance reading (and writing) comfort.

Digraph worksheets are ideal for isolating a consonant pair and giving children practice hearing that new sound. These worksheets also show children the letters that create that sound. When children have the chance to practice with new sounds and letter combinations on a worksheet page, they can learn, have fun and most importantly, gain confidence with new skills.

Tips for using these digraph worksheets

Some children may quickly and comfortably hear the digraph sound in the beginning position in words and they can go ahead and make the line to connect the picture to the digraph. However, if your child is struggling just a bit, it may be helpful to direct him to say the digraph sound first before saying each picture word. This may help him to isolate, hear, and then recognize the digraph sound.